This fabric banner is available in a range of sizes to suit every setting and location – made with a sewn coat of arm, it’s long lasting and durable. This particular Venezuela Flag has been selected for being great to fly either inside or from standard flag poles. It’s a 3’x5’ 210D-S Poly Nylon Knitted Flag, utalising UV-Resistant color fast ink to protect the colours in sunlight. Double seam with four rows of stitching on the fly end for extra durability.

It also features a premium header complete with two grommets for hoisting – a light weight flag fabric which will fly even in gentle breezes.

The Venezuelan flag is yellow, blue, and red with the National Coat of Arms in the top left and an arc of eight five pointed white stars in the middle of the blue band. The Venezuelan flag has gone through multiple modifications. The stars represent the seven Venezuelan provinces. The eight stars flag of Venezuela was introduced in 2006, it is to represent province Esequiba, which is located in the territory of Guyana which Venezuela is claiming as it’s territories.

The design depicts a horizontal tricolor of yellow, blue, and red, dating to the original flag introduced in 1811, in the Venezuelan War of Independence. The yellow is used to signify the wealth of the soil and the traits of agreement and justice and of the sun. The blue was used to symbolise courage while red signifies the nation’s freedom from Spain. 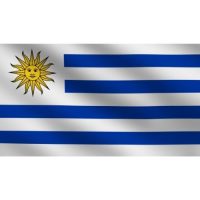 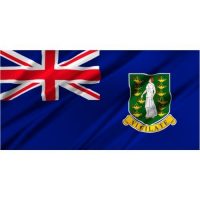 Saint Vincent and the Grenadines Flag